Mediterranean history has been made by the movements of people around and across the sea. Of these movemnents, Christian pilgrimage has been among the most studied so far as the Middle Ages are concerned.

Here is one early medieval pilgrimage that vividly introduces the subject of Giuseppe Perta's book, the sixth of the series "Mediterraneo. Miti, storie, armonie" of the University of Naples "Suor Orsola Benincasa", conceived and realized by Emmanuele F.M. Emanuele, President of the Fondazione Roma.

Giuseppe Perta does as much as anyone could to convey the origins, changing features, ambitions, and wider context of Christian pilgrimage to Jerusalem in the era before the crusades.

Of course, this is not a new topic, and one of the great merits of Perta's work is that it builds very explicitly, in its footnotes, on a long tradition of scholarship. Indeed he writes the history of that scholarship as a subordinate narrative.

His book thus contributes to the history of historiography as well as to the history of pilgrimage and Mediterranean mobility. Yet what we are given is much more than a synthesis. It is grounded throughout in detailed and careful attentionto the primary material, including the archaeology.

It takes the long view, from pre-Constantinian anticipations of pilgrimage to journeys made in the twelfth century, and it offers new insights into the way this longue dur&#233e might be periodized. I have learned much from this book and am honoured to introduce it. 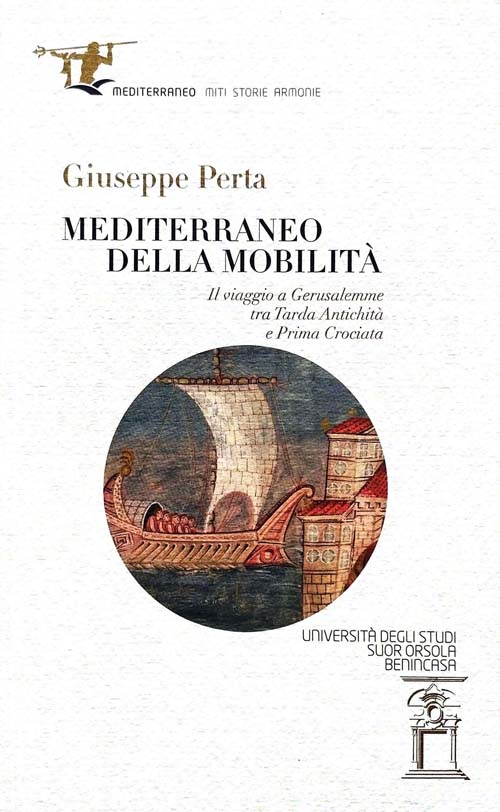